Art exhibitions, book fairs on the Tiger and Godot in Baghdad, after decades of conflict and unrest, the Iraqi capital is experiencing an artistic renaissance.

“We are like any country, we have the right to art for our entertainment.”

The Iraqi capital often makes the headlines of violence and geopolitical rivalry.

But behind the conflict, tensions and recently the pandemic, a burgeoning cultural renaissance has emerged in recent years, reminiscent of a golden age when Baghdad was considered one of the cultural capitals of the Arab world.

Galleries have opened and festivals have flourished, drawing crowds eager to make up for lost time.

The Gallery opened just a month ago, but visitors line the corner on the opening night of any show.

In a recent exhibition, Iraqi-Canadian artist Riyad Ghenea paid tribute to his late mother with a series of brightly colored abstract compositions.

She “went through all the phases that Iraq went through,” said the artist, returning to Baghdad in 2011.

On his return, “I did not find my mother or the country I had left behind,” he said.

The rise of the Islamic State militant group in 2014 saw more brutality and bloodshed.

Amir, a 25-year-old pharmacist, admits that his entire childhood was accompanied by conflict.

“Art allows us to relieve the stress of our daily life,” he told AFP from outside the Gallery.

Normalcy hangs by a thread in the Iraqi capital, where rocket and drone attacks sometimes target its heavily fortified green zone, and where a suicide bombing in July on a market killed more than 30 people.

It was also the scene of massive youth-led anti-government protests in 2019 and a bloody crackdown that followed.

But on a balmy November afternoon, thousands of visitors gathered on the banks of the Tigris for the eighth edition of a book festival.

The organizers of the “I am an Iraqi, I read” event distributed 30,000 books free of charge, from fiction to philosophy to foreign languages.

An old Arabic saying goes that books are written in Cairo, printed in Beirut and read in Baghdad.

Foreign individuals and institutes have largely contributed to Baghdad’s cultural renaissance in this oil-rich country.

Last month however, the city hosted the second edition of an international theater festival, organized by the Ministry of Culture.

“The Iraqis were afraid to go out on the streets,” he said. â€œThe situation has radically changed.

Troops from Egypt, Tunisia, Germany and Italy performed for free, and the Iraqis also had the chance to shine.

Among them was director Anas Abdel Samad, who directed a performance of his play “Oui Godot”.

German actor Hanno Friedrich, on his first trip to Baghdad, was among the foreigners who performed at the festival with his play “Tyll”, adapted from a novel mixing European folklore and the religious conflict of the Thirty Years’ War which took place mainly in Central Europe during the 17th century.

â€œThey told us ‘don’t go, it’s dangerous’,â€ the 55-year-old said, but his experience shattered those stereotypes.

â€œPeople went on stage and gave us a hug. They told us they had never seen anything like it,â€ he said.

“We had goosebumps and tears in our eyes.”

Next End-of-season show and shopping at Lincoln Arts Institute 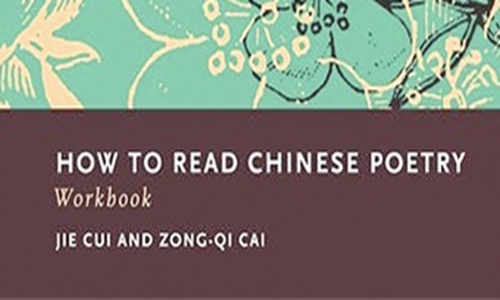