Kharkiv has been on the front line since the first bombs started falling all over the country. Ukraine’s second largest city, with a pre-war population of over 1.4 million, is only 50 kilometers from the Russian border.

Strongly Russified since the 17e century, Russians expected to come in, be greeted with flowers, and reintegrate the city into the fold of Greater Russia. What they didn’t expect was fierce resistance from day one.

The city was founded as a Cossack fortress in 1654, built over an old settlement. As the Cossacks had just established an alliance with the Tsar, the feeling that their northern neighbor was encroaching on their freedom-loving mores immediately created tension.

In the 1920s, following the Russian Revolution, Kharkiv was a hotbed of Ukrainian culture. Today, the city is once again at the forefront of a true cultural renaissance.

A testament to this burst of creativity, the “Fifth Kharkiv” literary festival took place – offline, in person – from September 23-25. With the city still under sporadic bombardment, those who wanted to participate had to register. They then received an email or text message revealing the address: an art center conveniently located in a basement. “Go through the black door.”

The festival was organized by Ukraine’s best-known contemporary author, Serhiy Zhadan, a Kharkivite who is also the leader of a rock band, Zhadan and the Dogs. “Precisely because Kharkiv is constantly in the line of fire, it is very important that the city has a full life, so that it does not live in fear,” Zhadan said.

Each day began with a round table between intellectuals: the first day on the past, centered on the city as the favorite terrain of the 18ethe 19th-century Ukrainian philosopher Hryhorii Skovoroda; the second day on the current cultural and political situation in Ukraine, while the war is still raging; then on day three, a close-up of Kharkiv itself, which has risen again to lead the vanguard of Ukrainian culture.

After intoxicating discussions, came the poetry readings or, as on the first day, the opening of an exhibition of works of art from the Aza Niza-Maza children’s art school.

“Four-eyed Child”, by Khrystyna, a member of the Aza Nizi-Maza art school in Kharkiv.

Wrapping up the evenings before the curfew forced everyone home, there were musical performances with bands such as Kozak System, Ukie’z and, of course, Zhadan and the Dogs.

I caught the second day of the festival. The talks included a chat with entrepreneur Pavlo Haidai, CEO of Avtologistika, a logistics and IT company, which is now fighting with the Ukrainian Armed Forces. He summed it up in no uncertain terms: “Kharkiv is the center of a cultural renaissance in Ukraine like no other city. Cultural personalities remained with the fighters. When asked how the country could deal with the inevitable trauma of deaths and maimed young people, his answer was stoic, with more than a tinge of hope: “Creativity is generated by trauma: it is the source of possibilities for art.

Later in the afternoon, a panel discussion with philosopher Vakhtang Kebuladze, who teaches at the Taras Shevchenko National University of Kyiv and Tetyana Oharkova, a literary scholar from the Kyiv-Mohyla Academy. Oharkova was unable to get to Kharkiv, so she appeared on a television screen set up on a pile of empty ammunition boxes. The talk touched on the question of how to deal with the overwhelming influence of Russian literature on Ukrainian writers and Slavic departments of universities around the world. Ironically, this discussion was held in a basement bomb shelter next to the “Kharkiv Academic Russian Drama Theater named after”. OS Pushkin”, as the theater was originally called.

While no one called for an outright cancellation campaign, they all recognized the need for Ukrainian writers and artists, especially in heavily Russified regions like Kharkiv, to extricate themselves from the ruble of Russian culture and get rid of as much unnecessary and/or toxic waste as possible.

Zhadan, who moderated the discussion, is a good example. He became famous with the novel Voroshilovgrad (the Soviet name of Luhansk, near which he was born). In the novel, he depicts the jaw-dropping misery of post-Soviet society in Ukraine’s Rust Belt with majestic flights of lyricism and dark, magical realism. However, he does everything – even the dirty dialogues with drunken hooligans – in pure, revitalized literary Ukrainian (swear words included), which you will never hear on the streets because this part of Ukraine is still completely Russified.

It is as if Zhadan’s poetry and prose are a middle finger consciously directed towards the linguistic heritage he experiences all around him, a middle finger charged with the magic of the transformative power of poetry. He intends to transform the literary consciousness of his native land – from esoteric discussions of metaphysics to silly jokes at a gas station – into something gloriously Ukrainian, although we all know that’s wishful thinking, for the moment.

The interview also touched on the reluctance outside Ukraine to see the war as part of a globalized conflict. “Europeans don’t know yet,” Kebuladze said. “Maybe they delete it. They still think they can keep it regional.

He described what was currently happening in Ukraine as part of a “global tectonic shift” that would change geopolitics and culture. “Life will be bad, but it will be interesting.”

So how can Ukrainian artists, writers and society get out of the weight of Russia? Kebuladze insisted that a crucial element is irony. “We laugh at them and they hate it.” Indeed, a cultural aspect of this war is the avalanche of humorous memes on social networks.

After the intellectuals, the poets entered the scene. Tetyana Vlasova and Dmytro Lazutkin recited verses saturated with a compelling mix of love, laughter and unchecked rage, such as Vlasova’s scathing dialogue with Pope Francis calling on Ukrainians to die peacefully.

Then came the music. Organizers had to rush performances so everyone could get home before the 10 p.m. curfew.

Even the music testified to Ukraine’s organic way of simultaneously exulting both Western culture and its own deeply rooted folk tradition. Singer-songwriter Serhiy Vasyliuk, now in uniform and fresh from the front, did some acoustic tracks. Ukie’z, a trio from Kyiv, played a repertoire of well-known Ukrainian folk songs to haunting arrangements that blended Celtic, Appalachian and blues elements with acoustic guitar, fiddle, blues harp and even a banjo for one number. . Between songs, they engaged in a sort of cabaret banter that was often as funny as the stand-up comedian playing the MC role. 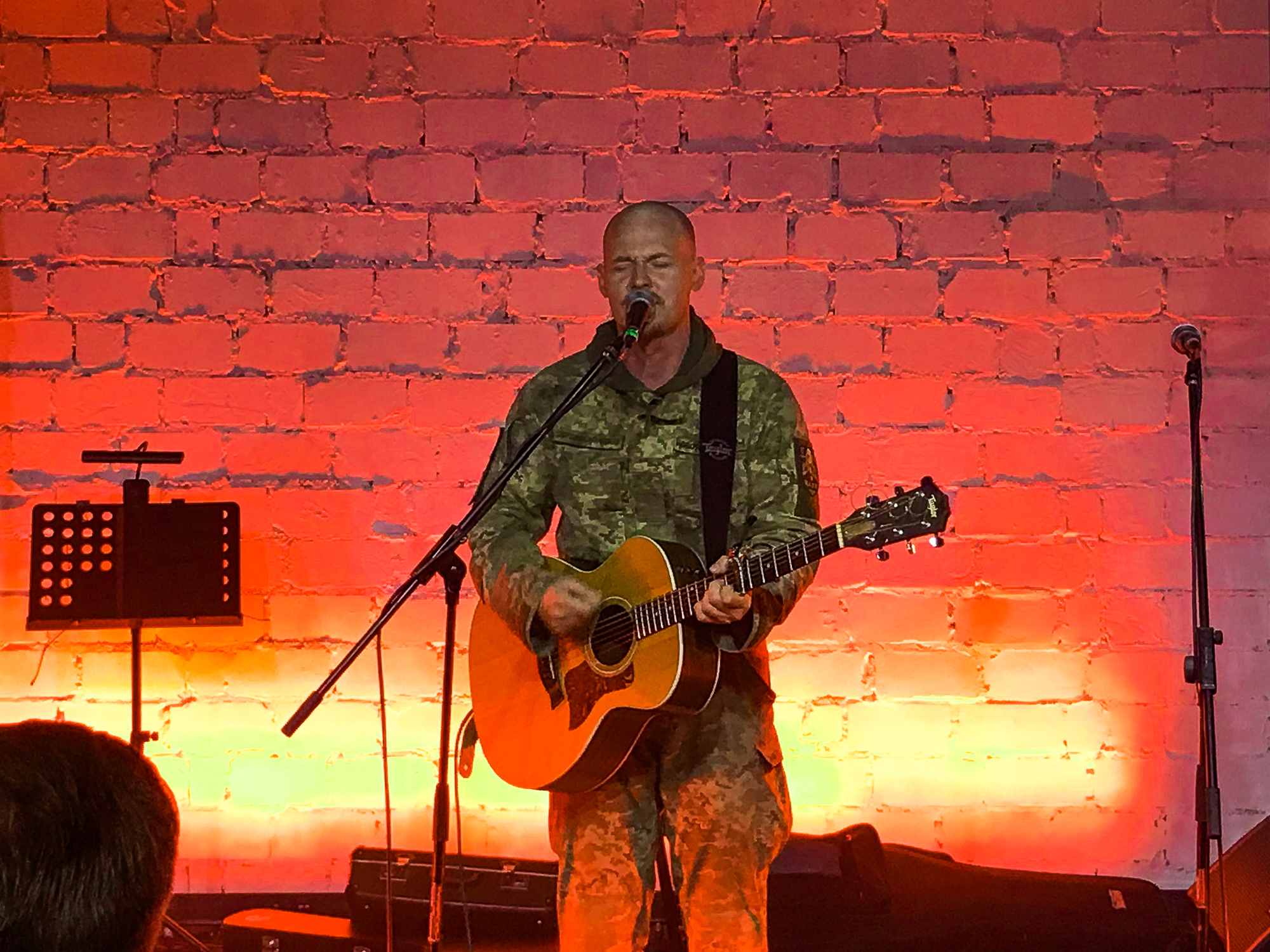 Finally, the climax that many of Kharkiv’s more than 100 mostly young residents have been waiting for: an intimate concert with their local band after a successful European tour to raise funds for the UAF. For those unfamiliar with Zhadan and the Dogs, imagine punk-influenced rock with a swinging horn section and rhythm-inspired lyrics. Students, soldiers and aging hipsters all danced to the high energy beat – angry, irreverent and loving every second of their resistance.

I had to leave before the encore to get back before curfew. The streets of the doomed city were totally dark due to the prohibition rules. You needed your phone’s flashlight so you wouldn’t trip on sidewalks. The afternoon rain had stopped and the sky had cleared: more stars than I had ever seen in any city, stars to the sound of a blaring air raid siren. 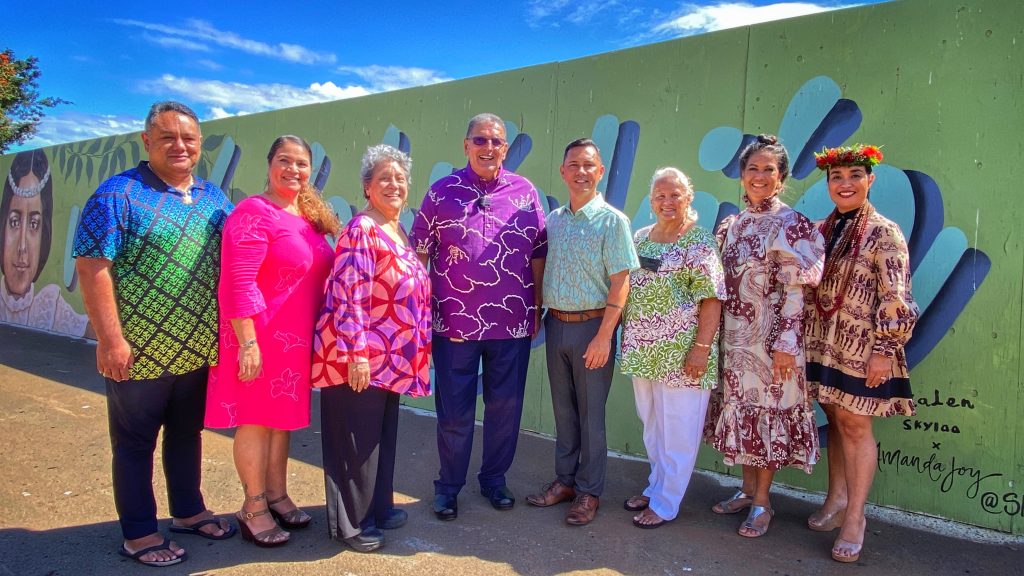