The imagination of a novelist is multifaceted; not only can he go to different places, but also at different times. In the future, how will new technologies shape our lives, our way of thinking and ourselves? With a defective robot, a memory innovation and a happiness index, three writers try to take a look at our future. 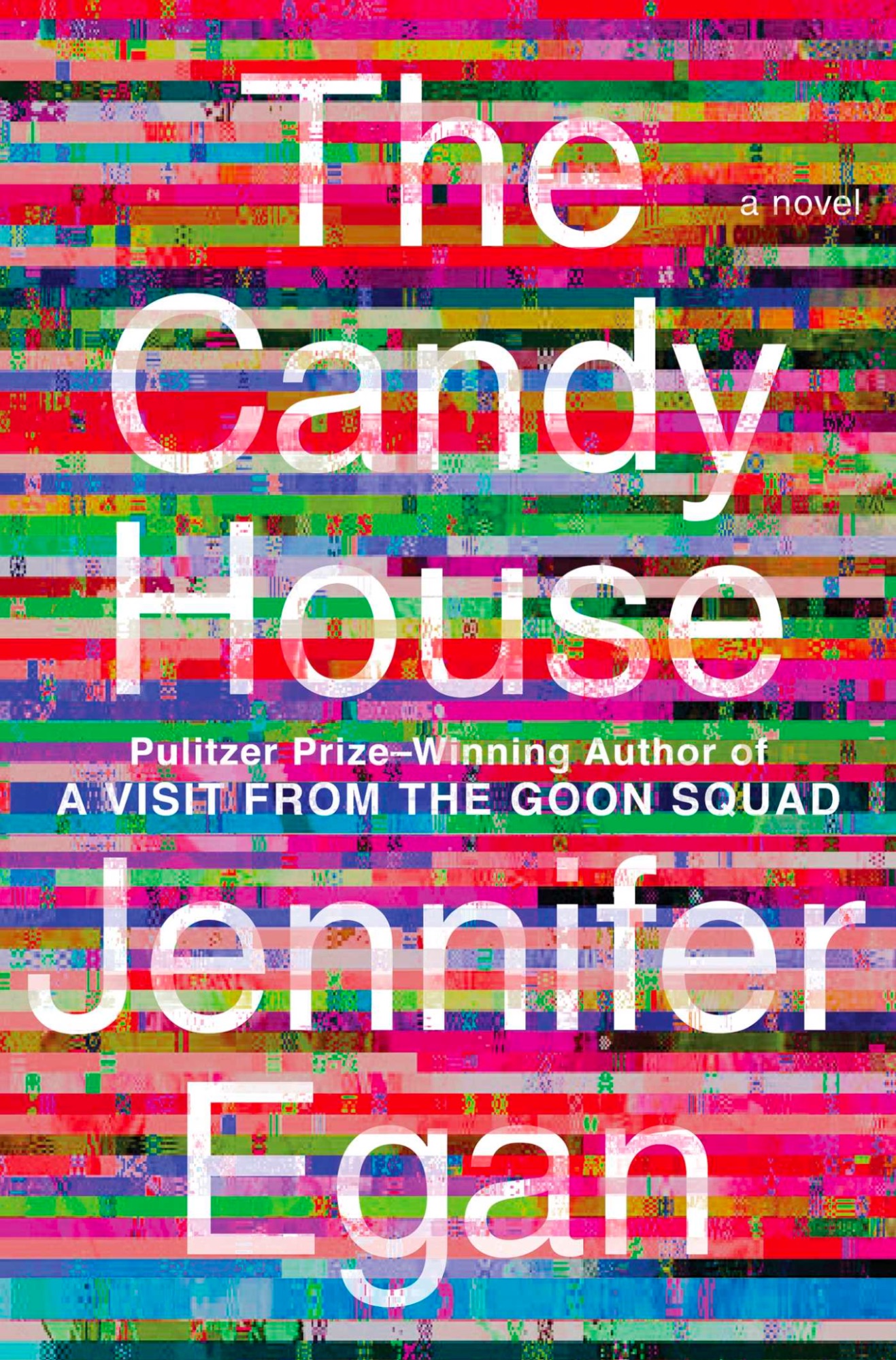 Courtesy of Simon and Schuster

Twelve years ago, Jennifer Egan’s novel “A Visit from the Goon Squad” shattered literary expectations of what a novel can be or accomplish – and was lavishly rewarded. The Pulitzer Prize-winning book was a collection of short stories with the same characters across space or time, reflecting the passage of time. “The Candy House”, its sequel, is structured in the same way, despite a time shift to the future. The writing is sharper, and the characters and stories more defined, however; it’s as if the characters need time to mature.

“The Candy House” is about memory and what happens when an invention called “Own Your Unknown” makes your consciousness – and that of anyone who agrees to participate – accessible to the public. Through “gray clusters,” people can relive traumatic and beautiful memories, and the world is consequently divided between those who support the new technology (“counters”) and those who don’t (“escapees”).

The book is more than a discussion of new technology, however; it’s a character-driven story at its core. It opens with Bix Button, which continues to create the technology, but the novel’s cast of people involves children who sell their mother’s equations (which become the backbone of the algorithm-derived content), a worker mathematically obsessed with a colleague and a man so annoyed by the fake masks we use to conceal our identities, he resorts to shouting in public to dispel the veneer.

On her ability to masterfully create such interwoven narratives, Egan said what interests her most are the abstract ideas, times and places she wishes to explore. “TAbstract ideas often include genres and forms that I’d like to try using, as well as concepts that seem rich to explore. For example, in ‘The Candy House’, how the digital experience changed our relationship to physical space,” she said. “For me, the entry point of any work, whatever its duration, is time and place, that is to say the atmosphere. I start writing from there, quite off the cuff in my early drafts, and see who shows up and what they do.

Reading “Goon Squad” prerequisite is not obligatory, but it is useful, because certain characters, as small as they are, return in this book. Lulu, a daughter accompanying her mother to revitalize the public image of a dictator in “Goon Squad”, returns here as a spy receiving instructions from technology implanted in her body. Egan again invents new structures that a novel can take; there is a chapter entirely in email dialogue, similar to the PowerPoint section in “Goon Squad”.

Every story and every sentence shimmers with possibility; Egan’s imagination and wit make it impossible to detect where the story will turn next. The characters are fun and dynamic; as we watch them struggle with this new technology, it’s hard not to think about how we’re not too far away from them.

“This Thing Between Us” by Gus Moreno (Farrar, Straus and Giroux) 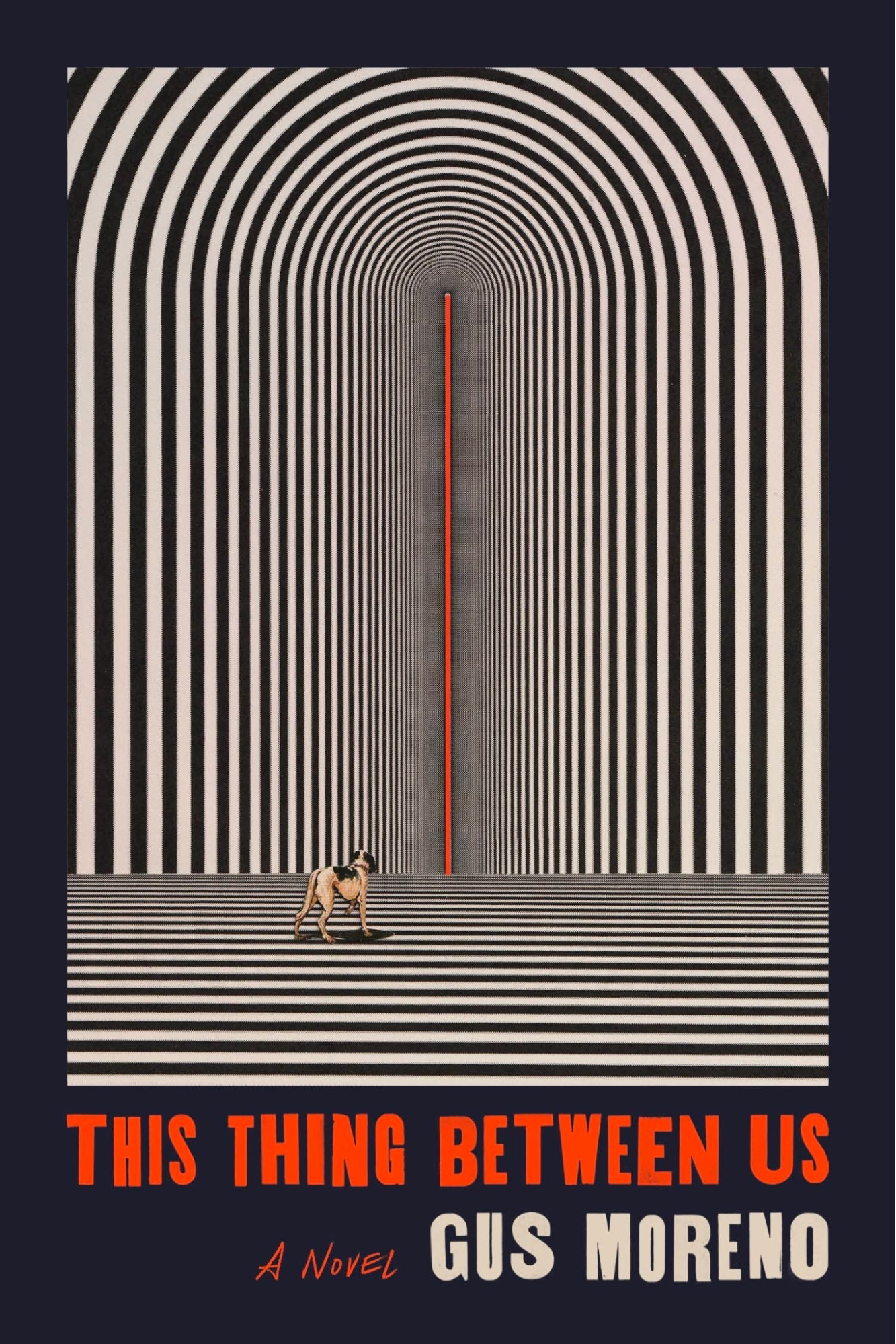 Gus Moreno’s psychological thriller and debut cosmic horror novel begins with the narrator’s confession to his recently deceased wife, Vera: “Your parents wouldn’t let me bury you in a tree pod. Especially your mother.

This thread of humor runs through the entire book, despite its subject matter ranging from scary at its most benign and heavy at its darkest. Thiago grapples with the recent death of his wife, and the book is addressed to him as he discovers how his life goes on. “There was nothing more I wanted to know, except if killing myself would bring me to you,” he says in one of the book’s darkest moments.

Vera’s death was caused (in Thiago’s eyes) by their brand new Itza, an Alexa-like machine that plays music, produces random cold spots in the couple’s new condo, and whose alarm function goes off. is extinguished one morning, causing the death of Vera in a freak accident at her train station. Prior to his death, Thiago grew increasingly suspicious of Itza – he would bustle about randomly, buy random items, utter spooky phrases, and apparently cause the terror he faced in his own home – to the point of to break. “All I did was follow [the] premise of a possessed smart speaker and the destruction pretty much happened on its own,” Moreno said of the creation of Itza. After Vera’s death, he moves to Colorado in an attempt to shake off Itza’s hold on his life.

Thiago struggles to keep his sanity in check in his new cabin in the woods – the events of his past life seem to recur tenfold: he believes Vera speaks to him through books; his new guard dog, Brimley, is acting oddly; and a chance encounter with a restaurant clerk leaves it scarred. He has random dreams, where reality is hazy – but again, the humor is never lost; he pisses on Vera’s grave for a – involving characters from her past. “I’m really interested in Jungian imagery and symbolism, lucid dreaming, all that stuff. Dreams have played an important role in my life in general,” Moreno said. “So it seemed natural to me that Thiago and the entity that haunts him interact in this liminal space of consciousness that is perhaps between the dream and the waking state.”

Between the novel’s scariest moments, Moreno possesses a keen eye and intelligent meditations on life, grief, loss, and the pursuit of life. As Thiago’s life descends into chaos, he writes: “I don’t want this to be what I believe is what matters most. I want the truth, without a brain to skew it, without eyes to filter it. You may not always understand what’s going on, but this book will hold your psyche long after you put it down.

“Happy For You” by Claire Stanford (Viking Books) 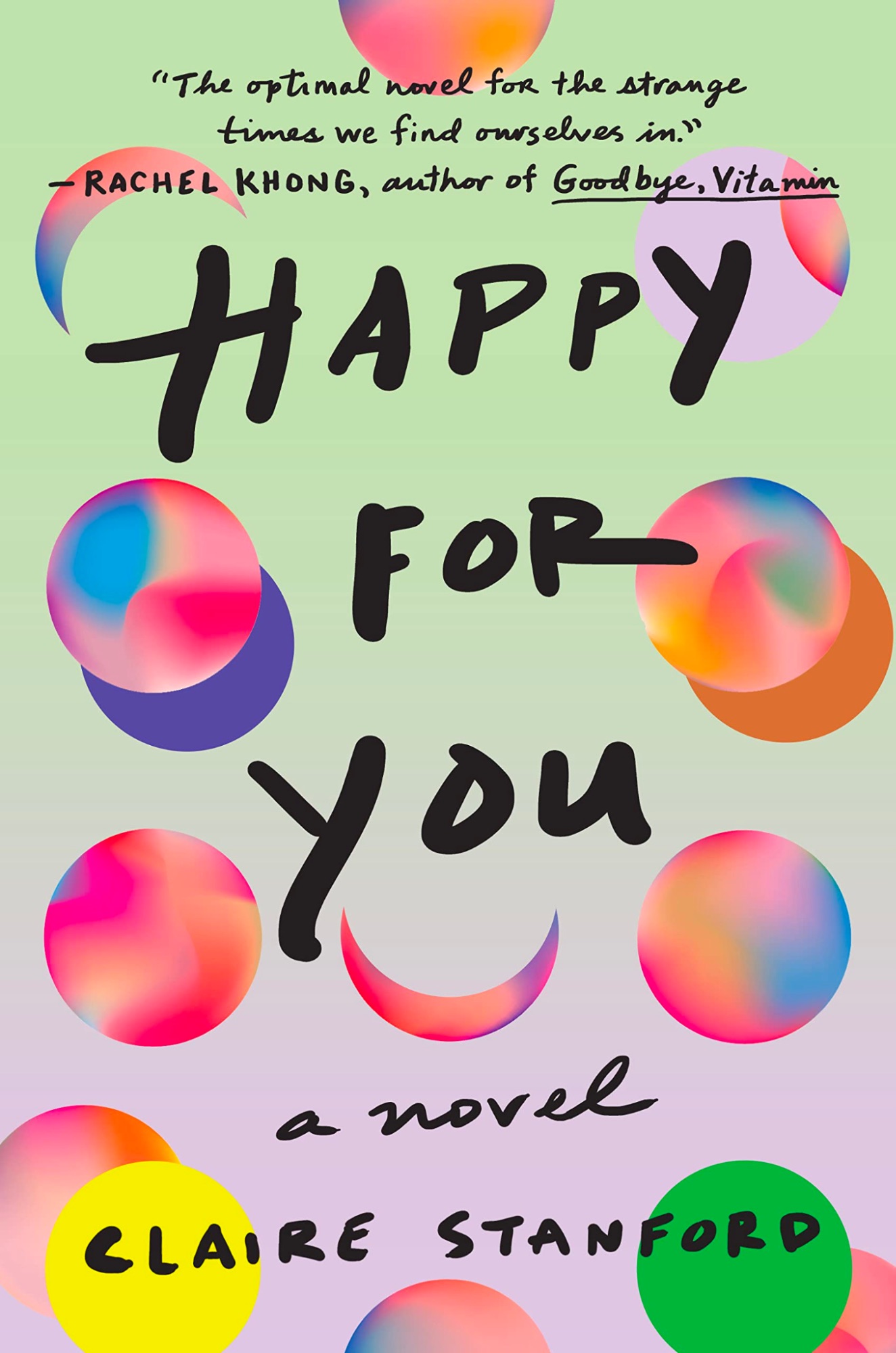 In the near future, might we be able to quantify happiness – the emotion around which our lives revolve? Is there a way to place our feelings definitively on a spectrum, subject to alterations?

Claire Stanford’s debut novel attempts to find out – her narrator, Evelyn, is employed at the third-largest internet company due to her expertise in philosophy. Her boss, Dr. Luce, is determined to use JOYFULL, her company’s app that measures happiness and suggests solutions. Evelyn is skeptical, however, and at a conference on happiness where she presents a panel, she says that the philosopher Montaigne argued that “there was such a diversity of humans in the world…that there must also be have a diversity of happiness. This happiness was, in other words, subjective and not objective. Stanford wanted to write about happiness, she says, because “it’s such a mystery, and it’s so individual. And I thought: of course, someone, one day, will try to monetize it.

Dr. Luce sees this as going against the company’s mission, of course, and ensures that in the future, Evelyn fully believes in the product. She reassures Dr. Luce in order to keep her job, but quietly struggles with the idea of ​​JOYFULL – everything in her philosophical training goes against it. The app even produces internal turmoil – its first “happiness score” was 7.1. “Was I unhappy? I didn’t think so, but JOYFULL said yes. I hardly thought a computer knew more about me than I did, but it was still annoying.

Evelyn not only struggles with this invasive technology, but also with her place in the world – as a half-Asian, half-Jewish woman, she feels like an outsider, especially in the business (during the conference on the happiness, a lecturer asks her if she knows anything about Buddhism). Stanford, who shares the same identity as Evelyn, “I wanted to write about a character and an experience that I have almost never seen in literature.” It goes further, however, as JOYFULL’s (and company’s) mission to quantify and categorize is at odds with Evelyn’s sense of displacement. “JOYFULL’s investigation amplifies Evelyn’s doubts about her racial identity and integration,” Stanford said, “but also about all aspects of her life: marriage, motherhood, just being a in the world.”

Sam Franzini is a fourth year student and a fan of dogs, music, tennis, stationery and Survivor. He grew up in Florida and all the stories about that are true. 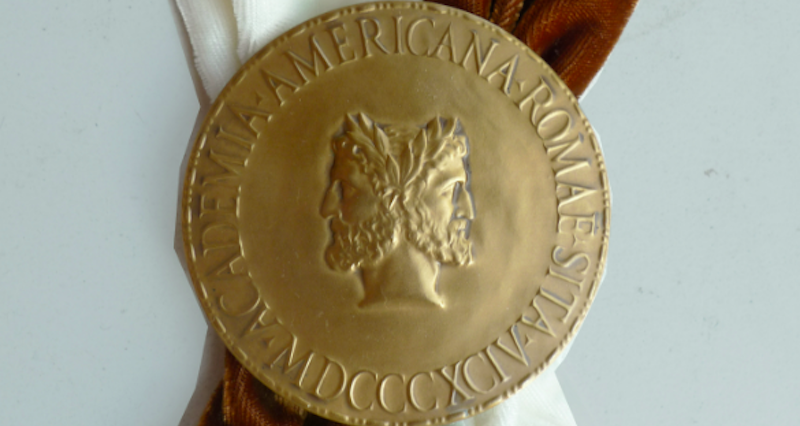 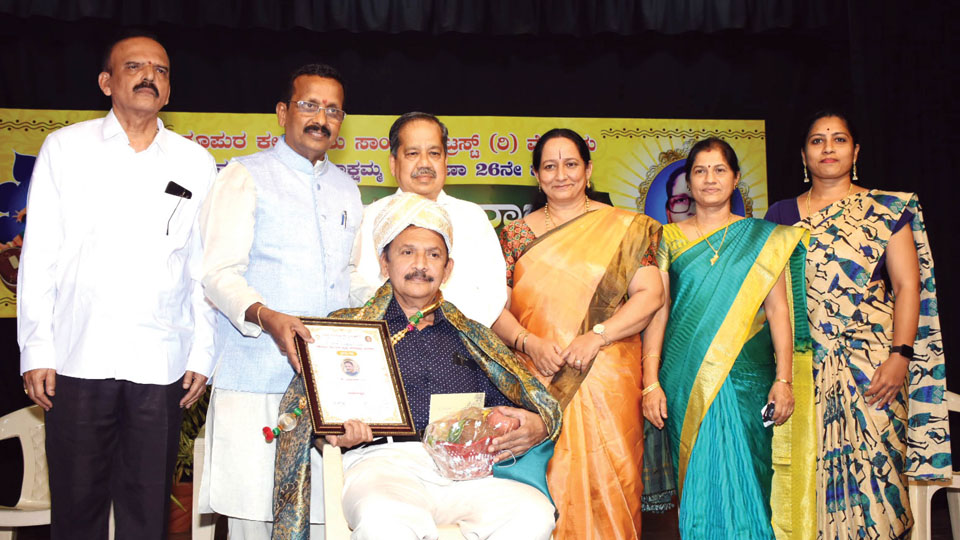 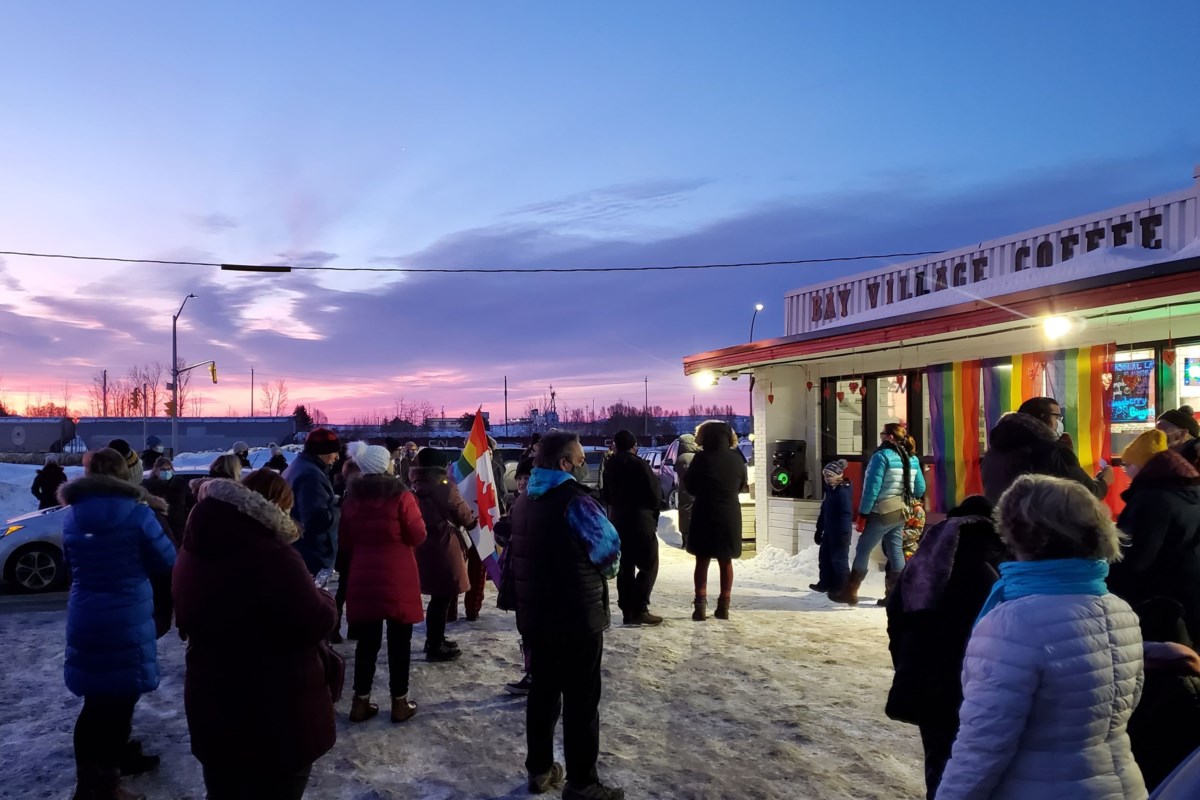 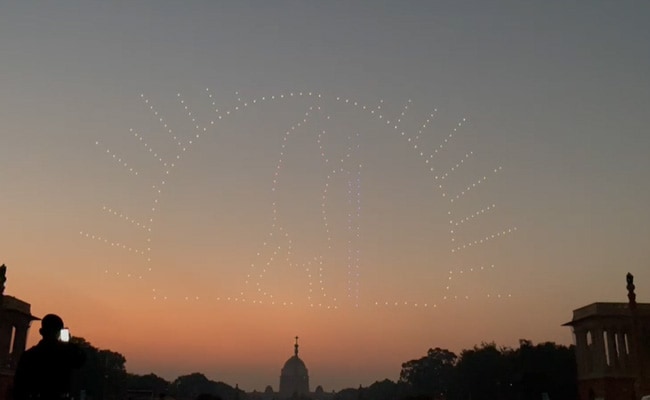 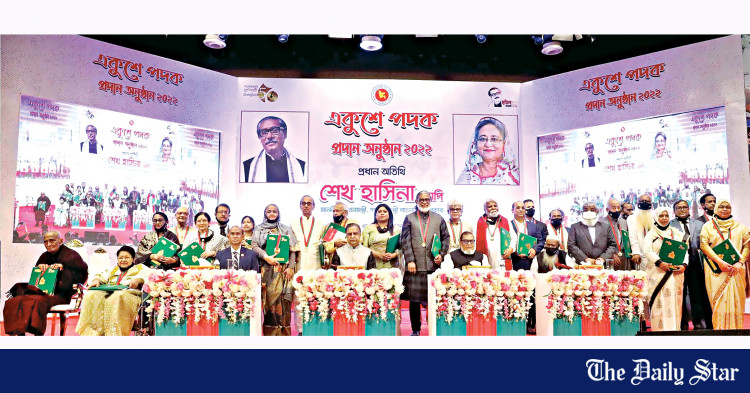