LLately I’ve had what I call true story fatigue. I first used this admittedly inelegant phrase in March, when a mini-boom of shows about headlining scandals in relatively recent history was created in the space of a month, with splashy locals that fizzled on arrival. These shows — Hulu’s The Dropout, Netflix’s Inventing Anna, Showtime’s Super Pumped, Apple TV’s WeCrashed, Peacock’s Joe v Carole — varied in quality (The Dropout, starring Amanda Seyfried as corporate fraudster Elizabeth Holmes, was the only one to transcending mere dramatization and balancing entertainment and clarity) and were all weighed down by an awkward and often boring truth-telling.

Since then, the number of shows that double down Wikipedia’s rabbit holes have turned into a full boom of true stories. An incomplete list of shows airing this spring that turned headlines into scripted TV: FX on Hulu’s Under the Banner of Heaven, Hulu’s The Girl from Plainville, Starz’s Gaslit, Showtime’s The First Lady, Hulu’s Pam & Tommy, HBO’s Winning Time , Peacock’s The Thing About Pam and HBO’s The Staircase. There’s not one but two miniseries about the 1980 ax murder of Betty Gore by her friend Candy Montgomery – Hulu’s Candy, which premiered this month and stars Jessica Biel as Montgomery, and an upcoming HBO series from Big Little Lies creator David E Kelley starring Elisabeth Olsen.

Without exception, these reality-based shows boast decent production budgets and an embarrassment of riches: high-profile cast, bulky costumes with occasional prosthetics, moody scores, the leeway to indulge in multiple timelines over multiple hours. . They’re nearly all well-made, with solid, sometimes showy steering and remarkably engaged performance. But they mostly fell flat – turns out there’s a high bar for overcoming the distracting baseline tension of what really happened versus what’s on screen, what looked like the real people compared to what the actors do, and very few of these shows illuminate that. All spring, with each new release and announcement of a new episode in the pipeline from titles to series, I asked myself: why more? And why do these shows, for the most part, pale in comparison to both speculative and unfettered fiction or reality?

The timing of this reality-based spring flood mostly comes down to Emmy nomination season — the high-profile TV version of December’s Oscar bait — and the fact that the portrayal of a real-life character, specifically a famous or tragic character or both, is reliable rewards material. See: The 2016 hit of Ryan Murphy’s The People v OJ Simpson, which arguably heralded the true scripted-crime boom (and interest in re-evaluating the ’90s) of the glamorous, celebrity-filled riff-geek on reality . The majority of these spring shows could be categorized as “true crime” — some far more violent (the ax murder of Candy) than others (the theft of the Pamela Anderson and Tommy Lee sex tape) — that which seems to be the natural evolution of true crime documentary. boom in the 2010s fueled by streaming platforms with money to burn and viewers to hang on to.

While my reaction to real-life, and especially true-crime, recent stories has generally been “please, no more,” there are plenty of good reasons to watch a show pulled from the headlines. They can offer course corrections to outdated narratives, especially for women (as in last year’s Impeachment: American Crime Story, produced with the cooperation of Monica Lewinsky). The veneer of fiction can maneuver cultural knots too tight for real discourse or flesh out existing reporting, as in The Girl from Plainville, which uses daydream sequences to illustrate Michelle Carter’s capacity for self-delusion. Television offers room to complicate what non-fiction does not; Under the Banner of Heaven creator Dustin Lance Black, for example, invents a fictional, pious Mormon detective (Andrew Garfield’s Jeb) who investigates a real double murder by fundamentalist Mormons in 1984 Utah. The survey’s record of his faith – in kindness, in obedience, in the church – illustrates the cognitive dissonance of religion and the tension of belief and intuition more than probably could allegiance to facts.

There’s also something fundamental about watching an actor take on a known amount — who didn’t immediately Google a role to see how the celebrity compares to photos or videos or even loose pop cultural memories of a different real person. This gap can be provocative, revealing unknown dimensions of the person or layers of the personality; the best, like Seyfried’s portrayal of Elizabeth Holmes, do both, allied with the ineffable charisma that makes for a crackling screen performance. But it can more often be a distraction, weird or unnerving. In almost all of these depictions, the actor is more conventionally attractive – symmetrical, slicked, fitted, whatever you want to call it – than the real figure, another hiccup on attention. Jared Leto as Messianic WeWork Founder Adam Neumann in WeCrashed, for example, nail the israeli accentbut looks more like Jared Leto romping around than the 6-foot-5 founder.

All of these shows are also hampered by ethical questions about how much creative license to take with “true” stories, which perspectives to soften or simplify or nuance, which facts to privilege. What responsibility should a show take on in crafting the narrative that will almost surely become, due to its wide availability and the compelling power of fiction, the default? (Who cares about the real story behind the early days of Facebook? In the public eye, The Social Network is the only record that matters.)

This too leads to a series. Take the recent controversy over Winning Time, HBO’s fourth Showtime-era Los Angeles Lakers drama that has garnered attention. the wrath of the actual Lakers. Last month, former player, coach and general manager Jerry West accused HBO and producer Adam McKay of defamation for depicting West as an unstable and vindictive alcoholic; the legal letter demanded a retraction from HBO — meaning the network would have to say its portrayal is false — and threatened with legal action go all the way to the Supreme Court. (HBO replied in a statement that “the series and its depictions are based on extensive factual research and reliable supply”.)

The real-life context can be messy, contested, or just plain confusing; he can undermine a streak from the jump. How do we see Pam & Tommy, a show sympathetic to the traumatic invasion of Pamela Anderson’s privacy, when we know she didn’t consent to it being revisited? (I couldn’t keep watching.) Plainville’s daughter, based on the 2014 “suicide by text message” case in Massachusetts, is sensitive, shapely, and loaded with psychological nuance, but struggles to overcome the unpleasant fact that it creates watchable entertainment. of the profoundly tragic union between two sick teenagers.

The attention-controlling mess of competing narratives is why The Staircase – a meta-series about death and an afterlife in media – is one of the best of its kind. Antonio Campos’ limited series eschews the urge to make sense of how a wealthy North Carolina business executive, Toni Collette’s Kathy Peterson, died at the foot of a flight of stairs in her home in 2001. A she slipped and fell? Did her husband Michael (an excellent Colin Firth) kill her? The series is less about certainty and more about the ripple effects of sensational attention on a family, the sprawling interpretations of truth, and the construction of narrative; the French documentarians whose 2004 series chronicled the trial of Michael Peterson and served as a touchstone for many films to come are characters in the series. The work of selecting and choosing what information to include, what to leave out – the work that any true story adapter must do – becomes part of the story.

This unsettling collage of unanswered questions is what sucked me in despite being tired with all this semi-reality. Watching The Staircase is, like any other true crime show, a loaded experience – there’s Wikipedia research to do, other reports to watch, long articles to read, comparisons to make, first-person testimony to consider. The show is inconclusive enough – curious enough and critical of the true-crime attention-magnet – to make such fun context an added bonus. But this is the exception. For much of this TV season, the scripted story feels like it has added weight to the real thing. 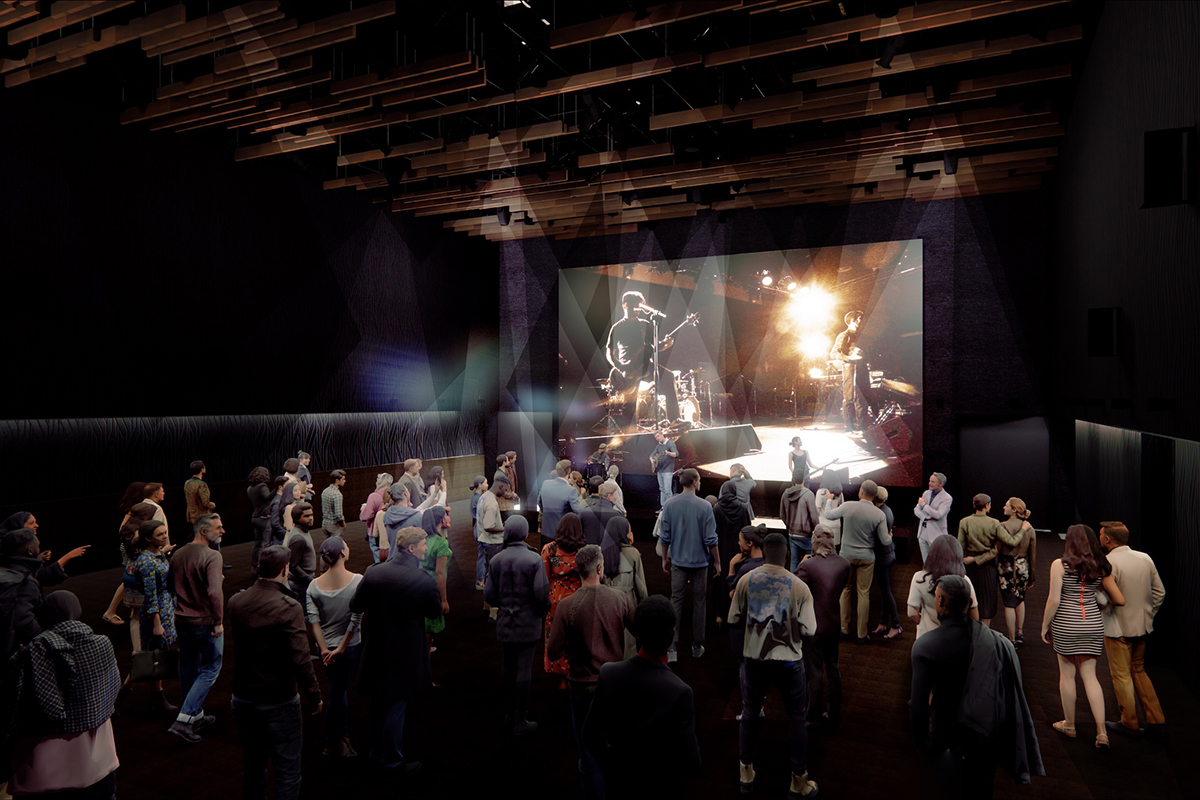 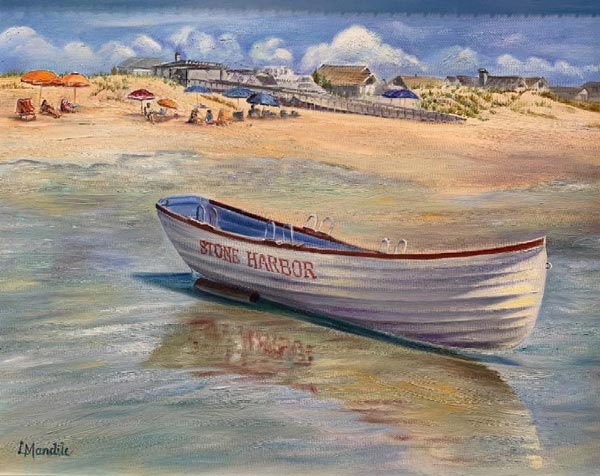