I arrived in Washington DC in a heat that made the air barely breathable and the outdoors barely habitable. Luckily there was the National Gallery of Art, where I spent the day walking from show to air-conditioned show. Rarely has art seemed so necessary to survival.

This flight to the great interiors is a move that photographer Robert Adams would despise. American Silence (until October 2) covers the six decades he took out his camera under the vast skies of the country and invariably found that, down here, people ruin everything. Most of his landscapes deliver a sermon, always the same: we have taken an Edenic planet and paved it, plowed it, cut it down and corrupted it with ugliness, waste and poison. Images may be silent but that does not save them from shrillness. Adams once considered entering the Christian ministry; instead, the camera became his pulpit.

In some fierce photographs, however, silence stalks the sublime. He hunted the revelation through the dark, empty streets of Colorado in the 1970s and found her in a white clapboard house lit by a street lamp. The shadows of the leaves of a nearby tree dance across its facade like nocturnal spirits, while a window opens onto ordinary life. Houseplants adorn the ledge, tchotchkes line the length of a shelf, and the shadow of a figure hovers at the heart of it all. The habitation is a shining totem of humanity surrounded by impenetrable darkness. Adams’ image captures the spirit of nighttime walks, a sense of stumbling upon a perfect alchemy of solitude and peace, voyeurism and empathy.

These nocturnal shots are abnormally romantic. When Adams moved to Denver as a teenager in 1952, he fell in love with the prairie surrounding the city, and for a time he specialized in flat expanses with sensationally expressive skies. The built environment features only slightly in these scenes, often in the form of simple white structures with human dignity. In one image, a rolling plain is cut by a wooden structure that borders the frame, its rigid armature a response to the flatness of the earth and the vastness of the sky.

But Adams was already disappointed by Denver’s ruthless suburbanization. Plot houses towered over the land like carbuncles, the sprawl of spoiled virgin fields, the smog smeared open vistas. In increasingly dyspeptic footage, he documents litter on the grassy side of the highway or next to a fast-food parking lot. He builds his case against humanity in cold, disgusted – albeit sporadically beautiful – photos.

The more he wandered, the more he saw the same depredations. He reserved a particular revulsion for the degraded garden of California and the clear-cutting of old-growth forests in Oregon, where he moved in 1997. A bare hillside in Oregon fills an entire frame, displaying its despoliation. Adams refuses any consolation, even a strip of unchanging heaven. He yearned to document without commentary, without emotional overlay, but he couldn’t help it. Rage crept in.

At the other end of the museum, we return to the interior, where the domestic interiors of late 19th century London come to relieve Adams’ existential gloom. A small suite of galleries embraces The Woman in White: Joanna Hiffernan and James McNeill Whistler (until October 10), a little gem of a show that delves into the fruitful relationship between the artist and the muse. Whistler brought the world’s attention to his dandy persona (“Wait until you see me with an amazing hat!” he wrote. “I’m going to look like something brand new in London!!!”), his fiery selfishness and its outlandish provocations.

But this show shifts the spotlight away from him and onto the mysterious and ultimately elusive model who for 20 years was also his lover, business partner and mother to the child he fathered with another woman. Whistler trusted Jo Hiffernan completely, making her the sole heir to his estate. (She was never able to benefit from this provision, however, since she predeceased him.)

Born in 1839 to poor Irish parents who transplanted the family to London, she met Whistler when she was 21. Uneducated but lively, unrefined but charming and, of course, beautiful, she immediately won him over. “She has the most beautiful hair you have ever seen! A red not golden but coppery — as Venetian as a dream! he wrote to a friend. She starred in her prints, paintings, drawings, inciting a torrent of creativity.

Yet that all-pervading presence is also gone, so different in each frame that it could have been a dozen different women. “Symphony in White, No 1: the White Girl” is the most familiar and intimate. A pale-skinned Hiffernan in a tufted lace dress stands against a snowy backdrop, gazing at something we cannot see. The title emphasizes Whistler’s pugnacious assertion that art is a purely formal enterprise, not confused with “emotions entirely foreign to it, such as devotion, pity, love, patriotism”. . Hiffernan, despite the idiosyncrasies of his big blue eyes, slightly oversized mouth, and cascading hairstyle, remains a cipher.

“The White Girl” reappears in two other quasi-monochrome “Symphonies”. In “No 2”, she poses next to a mirror, sporting a different expression than her reflection. The immediate side we see seems distant, almost empty, while the one in the mirror betrays a deep melancholy.

Although he described her as vivacious, Whistler certainly liked her catatonic. Two beautiful charcoals from 1863 capture his sleepy white features, but his hair alive and buzzing like an electric halo. A print from the same year, titled “Weary,” once again stares at her luminous locks, flaring out in all directions.

Whistler’s friend Gustave Courbet painted portraits of Hiffernan for several years in the 1860s and he too hijacked her identity to make her look like different models sharing the same torrential braids. Hiffernan admires himself in the mirror, but the face is fuller, the eyes smaller, the neck thick and elongated like a turtle’s. The curators hoped to flesh out the individuality of the model, to de-erase her from history. And yet, the show almost accomplishes the opposite. She was 46 when she died in 1886. She lives, less as a whole person than a collection of fragmented projections.

If Hiffernan’s Singularity Dissipates in a jumble of variations, elsewhere in the museum, this approach becomes the whole issue. Double (until October 31) is twice as interesting and twice as important as it should be. There are marvelous works among the cornucopia of twins, lookalikes, double exposures, mirror images, shadows, reproductions, reconstructions, revisions and other forms of repetition – but there have to chase them away. The enigmatic Autoportrait au Leica (1931) by Ilse Bing, in which a pair of mirrors allows her to point the lens both towards us and away from us, is distinguished by its dual and unique character.

The theme evolves into obsessive assemblage, with works brought together solely because they involve multiples of two, or imitations of ideas that only ever worked once. Here is a video of Alighiero Boetti from 1974, simultaneously writing the same sentence (“The body always speaks in silence”) forward with his right hand and backward with his left. Then, because no doppelganger should be dubbed, Mario Garcia Torres emulated Boetti’s ambidexterity three decades later and scribbled his own two-way missive (a 2006 title from Kabul) on the walls of the National Gallery.

There are many such games in Double. Bernard Piffaretti painted half of a canvas, then covered it over and copied it over the blank half as best he could from memory. William Wegman offers two seemingly identical self-portraits with his left hand shielding his face. Look closely and you still wouldn’t be able to guess the process: he moved the parting in his hair from side to side of his head, strapped a wristwatch to his right wrist, and used that hand to cover his face. Then he turned the negative over, performing a double inversion that brings the image back almost to its starting point. Why, you might ask? To which the only appropriate answer is an echo: why, indeed.

Save the date on Saturday September 3 to listen and listen to over 100 authors, scientists, politicians, chefs, artists and journalists at Kenwood House Gardens, London. Choose from 10 tents filled with ideas and inspiration and a range of perspectives, featuring everything from debates to tastings, performances and more. Book your pass at ft.com/ftwf

Previous "Maltese literature goes beyond the limits of our smallness"

Next Shopping for arts and crafts only starts on the street 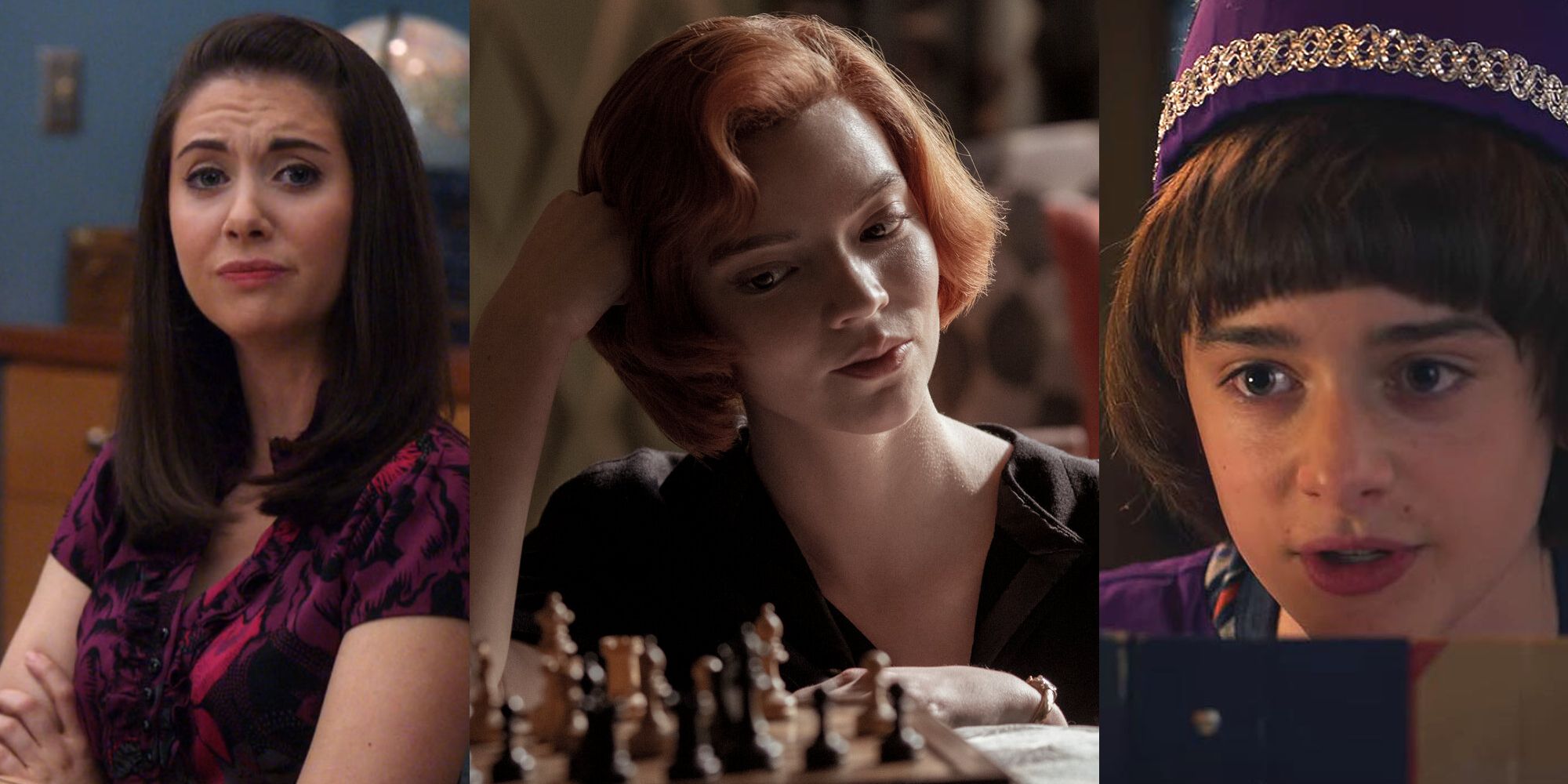 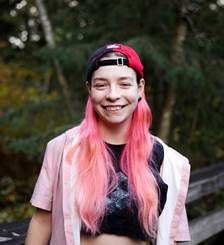